WW1 V.A.D. Nurses in the Roll of Honour for Aysgarth parish 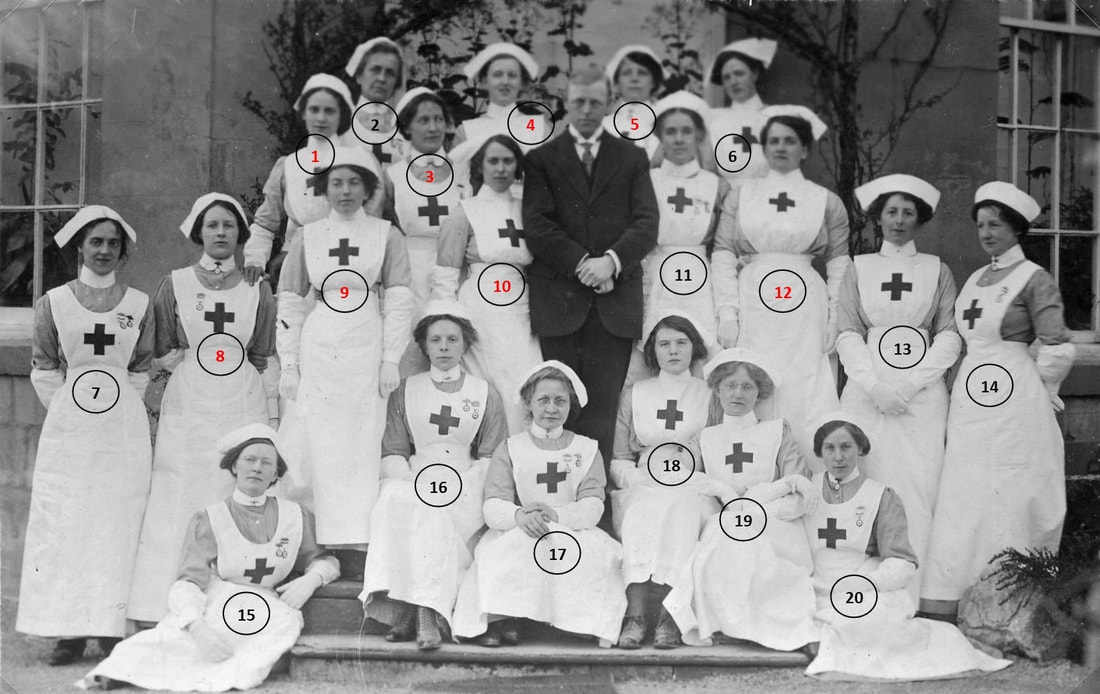 ​Paul Moore would like to know if anyone can recognise the lady in the photograph with his great uncle.  The gentleman is William Smith, born Leyburn 1887, killed Passchendaele 1917.  He was born out of wedlock and the rest of his family were named Burnett, mostly born in the village of Preston Under Scar.  Records show he died a single man but in one picture he appears to have a ring on his wedding finger.  In the other photograph the lady wears what appears to be an engagement ring.  One of the photographs is signed on the back 'yours sincerely Flo'.
Click here to contact Paul directly. 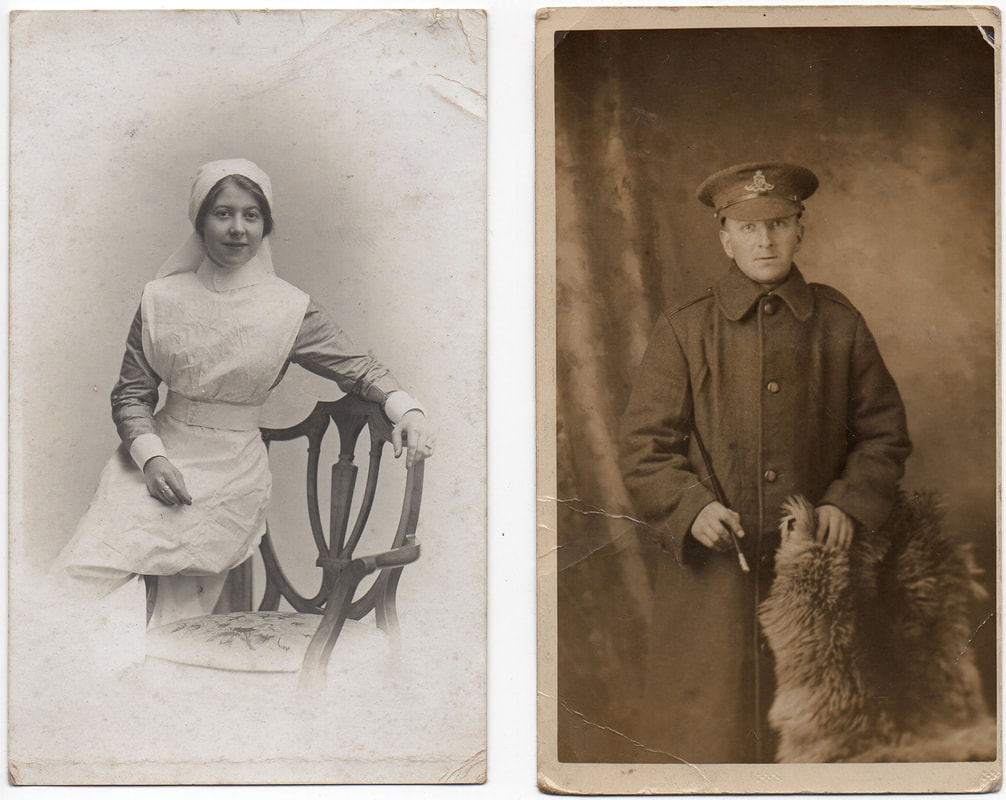 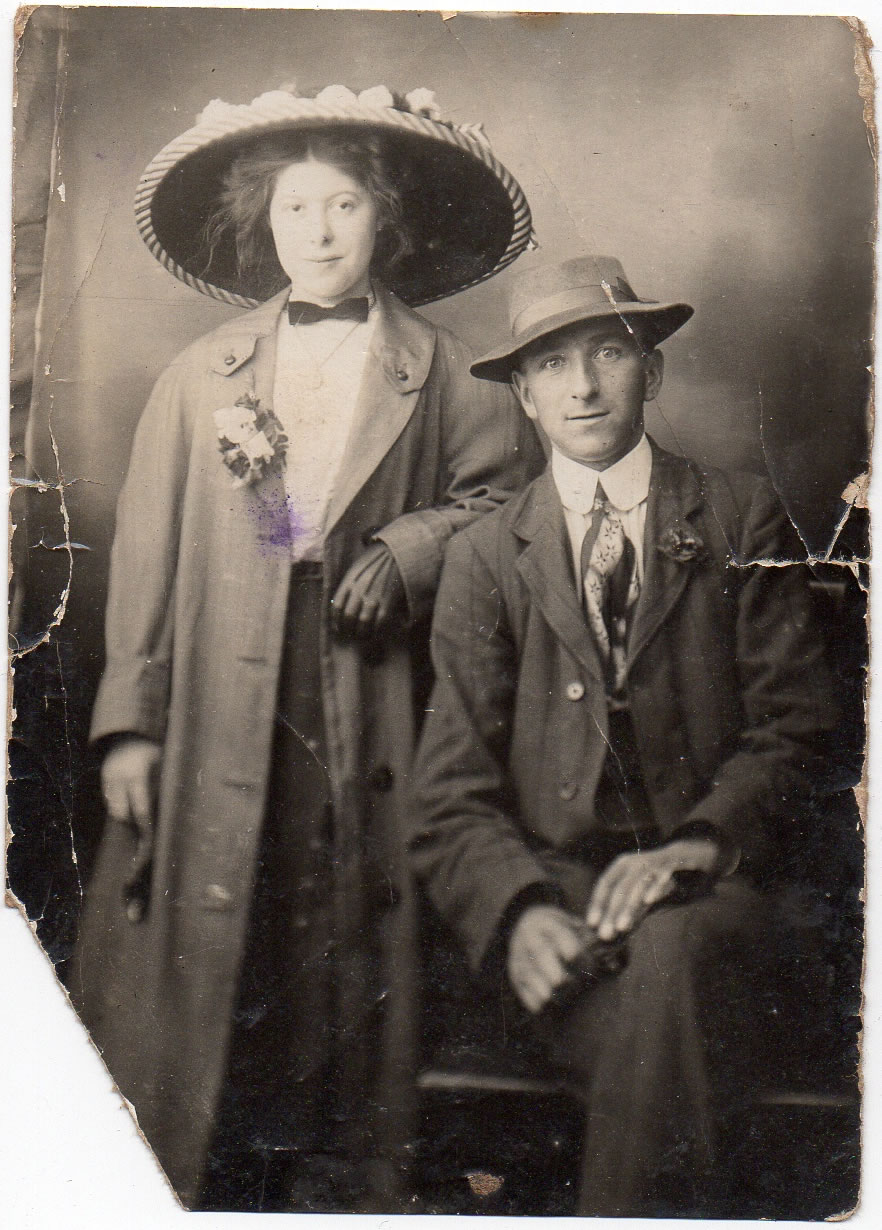